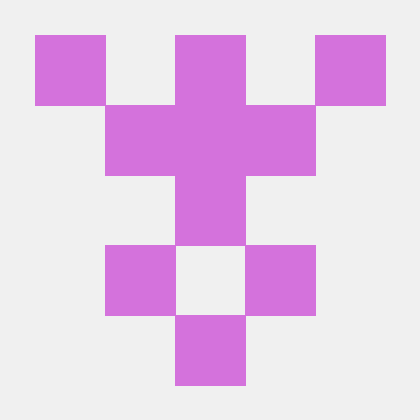 Mass spectrometry imaging (MSI) is applied to measure the spatial distribution of hundreds of biomolecules in a sample. A mass spectrometer scans over the entire sample and collects a mass spectrum every 5-200 µm. This results in thousands of spots (or pixels) for each of which a mass spectrum is acquired. Each mass spectrum consists of hundreds of analytes that are measured by their mass-to-charge (m/z) ratio. For each analyte the peak intensity in the mass spectra of every pixel is known and can be set together to map the spatial distribution of the analyte in the sample.

The technique has a broad range of applications as it is able to measure many different kinds of analytes such as peptides, proteins, metabolites or chemical compounds in a large variety of samples such as cells, tissues and liquid biopsies. Application areas include pharmacokinetic studies, biomarker discovery, molecular pathology, forensic studies, plant research and material sciences. The strength of MSI is the simultaneous analysis of hundreds of analytes in an unbiased, untargeted, label-free, fast and affordable measurement while maintaining morphological information.

Depending on the analyte of interest and the application, different mass spectrometers are used. A mass spectrometer measures the analytes by ionizing, evaporating and sorting them by their mass-to-charge (m/z) ratio. Put simply, a mass spectrometer consists basically of three parts: an ionization source, a mass analyzer and a detector. The most common ionization sources for MSI are MALDI (Matrix Assisted Laser Desorption/Ionization), DESI (Desorption Electrospray Ionization) and SIMS (Secondary Ion Mass Spectrometry).

One common type of mass spectrometer for MSI is a MALDI Time-Of-Flight (MALDI-TOF) device. During MALDI ionization, a laser is fired onto the sample, which has been covered with a special matrix that absorbs the laser energy and transfers it to the analytes. This process vaporizes and ionizes the analytes. As they are now charged, they can be accelerated in an electric field towards the TOF tube. The time of flight through the tube to the detector is measured, which allows calculation of the mass over charge (m/z) of the analyte, as both mass and charge are correlated with time of flight. During measurement, complete mass spectra with hundreds of m/z - intensity pairs are acquired in thousands of sample plots, leading to large and complex datasets. Each mass spectrum is annotated with coordinates (x,y) that define its location in the sample. This allows visualization of the intensity distribution of each m/z feature in the sample as a heatmap.

Depending on the analyte of interest, the sample type and the mass spectrometer, the sample preparation steps as well as the properties of the acquired data vary. Apart from these differences, the preparation and measurement of the sample is normally straightforward, while the analysis of the large and complex dataset is the main bottleneck of a MSI experiment.

In this tutorial we will determine analytes with a localized distribution in a chilli cross section. The data analysis steps can be transferred to any other application in which the morphological distribution of an analyte in a sample is analyzed. A common application is studying the distribution of a drug and its metabolites in an animal model to better understand pharmacokinetic properties of the drug.

In this tutorial, we will cover:

In this tutorial we will use the chilli dataset generated in the lab of Robert Winkler at the CINVESTAV institute in Irapuato (Mexico) and deposited at Zenodo. The data was acquired to demonstrate their self-made low-cost ‘plug and play’ MSI system as well as their open source R scripts and to show they allow the direct spatially resolved detection of volatile organic compounds (VOCs) from plant tissue (Maldonado-Torres et al. 2014 and Gamboa-Becerra et al. 2015).

The mass spectrometer consisted of a low-temperature plasma (LTP) ionization source coupled to a quadrupole mass analyzer. This ionization source allows measurement of semi-volatile organic compunds directly from fresh material under ambient conditions without destruction of the sample. To get an idea how this set up and the chilli looks, have a look at their video and website. The chilli (Capsicum annuum) was purchased from a local market in Irapuato, Mexico and longitudinally cut into a slice of 80 x 35 mm and 4 mm thickness and laid onto a glass slide. Mass spectra were acquired with a spatial resolution of 1 mm and in a mass range from 15 – 2000 m/z to measure semi-volatile and volatile organic compounds (VOCs).

We will check the properties of the dataset and then perform a similar analysis to that described by Gamboa-Becerra et al. 2015: plotting an average mass spectrum, filtering the dataset for the relevant m/z range, automatical generation of m/z images to find analytes that correspond to morphological features and generating an image that overlays three different analytes.

The imzML composite file consists of two files. The first file contains the metadata in an XML file and has the extension .imzML. The second file contains the mass spectra data, is saved as a binary file and has the extension .ibd. To be valid, both files must have the same filename before the extension. More information about the imzML file structure can be found here: ms-imaging.org. Galaxy provides a composite upload option for files consisting of several components.

Exploring and filtering the chilli dataset

Quality control of the data

Open the quality report with the eye button and check the summary table on the first page to answer question 1 and 2. The shape of the chilli can roughly be seen in the images showing the number of peaks per spectrum and the total ion current, with higher values in the middle part of the fruit that roughly corresponds to the placenta. In the PCA image the complete chilli, except for the lowest part of the fruit, is visible in light colours compared to the dark background.

To further investigate mass spectra of different chilli compartments we select one pixel for each tissue area (pericarp, placenta and seeds) from the total ion current image. Knowing the exact shape of the chilli tissue from Figure 4 of the publication helps to find the corresponding areas. This are the pixels we have chosen for the tutorial:

In the average spectrum of the complete m/z range there are no visible peaks above 800 m/z. Most of the high intensity peaks are below 300 Th, which corresponds to the typical masses of VOCs. Even in the zoomed mass spectra between 1500 and 2000 m/z only a few distinct peaks can be identified in the noise. In accordance with Gamboa-Becerra et al. 2015, we will restrict further analysis to the m/z range between 15 and 1000.

We will rerun the MSI plot spectra tool and add annotation to the pixels that correspond to different chilli compartments.

The single spectra that derive from different chilli compartments show some major differences. You should keep in mind that these are single spectra and therefore the intensities can be different to the average intensity of the compartment. Looking at the m/z range between 1000 and 2000, we realize that there are a number of distinct peaks which were hidden in the noise of the average spectrum, which contained all background spectra as well as the spectra of the chilli. In accordance with the original publication, and to speed up computation time, we focus on the low m/z range, but for a deeper analysis it could also be worth analyzing the higher m/z range.

Filtering for the relevant m/z range

Hands-on: filtering for a m/z range

The main question for the chilli dataset is which m/z features have a localized distribution in the fruit. This question can be addressed by automatically generating distribution images for all analytes (m/z features) and then visually identifying which features are localized in specific compartments of the fruit. Gamboa-Becerra et al. 2015 scan the m/z range with a step size of 0.2 m/z and a tolerance of 0.4 Th, which resulted in more than 2000 images which they visually explored for localized features. In this training we will only generate images for the two mass ranges where we have already seen high intensity peaks in the spectra plots: around 60 and 80 m/z.

This requires three steps. Firstly, all m/z features of the dataset with the MSI data exporter are extracted. Secondly, all m/z features are filtered in the m/z ranges that we are interested in: between 55 and 65 Th, as well as between 75 and 85 m/z (this step can be skipped to obtain distribution images for all features). Thirdly, the MSI m/z image tool is used to automatically generate distribution images for each of the m/z from the second step. As the data is already binned to 0.2 Th, only the m/z tolerance of 0.4 m/z has to be specified. The large tolerance was chosen to obtain images from overlapping m/z ranges to make the signal intensity more robust against small m/z inaccuracies in individual mass spectra.

In this tutorial we only evaluated 102 features, while the authors of this study evaluated more than 2000 images visually. This process is time-consuming and biased by the judgment of the scientist, but seems to still be used sometimes. Several attempts have been made to circumvent this process and obtain m/z features with localized distribution automatically, for example by Alexandrov and Bartels 2013 and Inglese et al. 2018

After m/z features with a localized distribution have been found, it is interesting to identify them. Gamboa-Becerra et al. 2015 performed additional gas and liquid chromatography mass spectrometry (GC-MS and LC-MS) which enabled the identification of several features with high certainty. Unfortunately the highly localized features at 62.2 and 84.2 m/z could not be identified, but the defined localization implies their biological importance. Several capsaicinoids could be identified, amongst them capsaicin (306.6 m/z).

The identification of m/z features in MSI experiments is not always necessary, but can increase the confidence in the analysis and the molecular understanding. m/z features are either matched to databases or for more confidence another experiment is performed on the same sample to restrict the identification possibilities to analytes that are actually present in the sample. In this study other mass spectrometry techniques were applied, allowing identification of several m/z features, but at the same time features with defined localization could not be identified (e.g. 62.2 m/z and 84.2 m/z). These molecules may be fragments, metabolites or contaminants that are not available with the used mass spectrometry techniques. Targeted analysis can be performed if the m/z of the molecule of interest is already known (e.g. when studying the tissue distribution of a drug and its known metabolites). In this case distribution images for the molecules of interest are a good starting point and scanning through all m/z features might not be necessary.

To get an idea about the distribution of capsaicin in the chilli we will plot its distribution in an overlay image with the two unknown but localized features 62.2 m/z and 84.2 m/z.

This tutorial covered the steps to explore the properties of a dataset and visualize the morphological distribution of molecules.

Have questions about this tutorial? Check out the tutorial FAQ page or the FAQ page for the Metabolomics topic to see if your question is listed there. If not, please ask your question on the GTN Gitter Channel or the Galaxy Help Forum

Congratulations on successfully completing this tutorial!